The institutional purpose of this agency is to promote the protection of population health through sanitary control of the production and marketing of products and services subject to sanitary surveillance, including the environments, processes, inputs and technologies related to them.

In Pernambuco, on August 7, 1636, the Company Brantmeesters was created during the Dutch occupation, becoming the first service of extinction of fires in the Americas.
D. Pedro II, concerned with the great danger of fires in the capital of Brazil - Rio de Janeiro - regulated by Decree, on July 2, 1856, the first fire-fighting service throughout the country. As a result, the date was chosen to commemorate the day of the firefighter and Pedro II was officially declared the patron saint of Brazil's Fire Stations ..

To know the history of CPRH, one must go back to 1946, when it was created in the State of the Standing Committee of Courses D'Water Protection (CPPCA), which became, 20 years later, the State Control of Environmental Pollution Commission (CECPA ).
As the population grew environmental values ​​and, consequently, the requirements for control of industrial waste, especially of sugarcane, the state authorized the termination of CECPA and the creation in 1976 of the Pernambuco Society of Environmental Pollution Control and Water Resources Management (CPRH), with authorized capital of one hundred million cruise (Cr $ 100,000,000.00)! In fact, Pernambuco followed a national trend, being a corporation of mixed economy, similar to what happened with good results in Sao Paulo with the creation of the Basic Sanitation Technology Company and the Water Pollution Control (CETESB) in 1973 and in Rio de Janeiro, with the State Foundation for Environmental Engineering (FEEMA) in 1975. 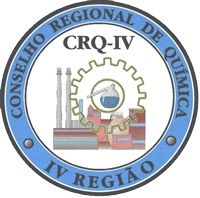 The Council is a federal agency created by Law 2,800 / 56. Acting in São Paulo, its function is to oversee the work of professionals and companies in the chemical area. Click here to see the profile of the entity.
Based on Oscar Freire, 2039, São Paulo / SP, is service to the public Monday through Friday from 9:30 am to 15h. It also has office in the city of Araraquara, Araçatuba, Bauru, Campinas, Piracicaba, Ribeirão Preto, Santos, São José dos Campos, São José do Rio Preto and Sorocaba. Click here to find out how to get to these points of service.

The Legis Health is the law of search system that meets the normative acts of the Unified Health System (SUS), within the federal sphere, including the standards published by ANVISA. Are available for viewing more than 90 000 standards. 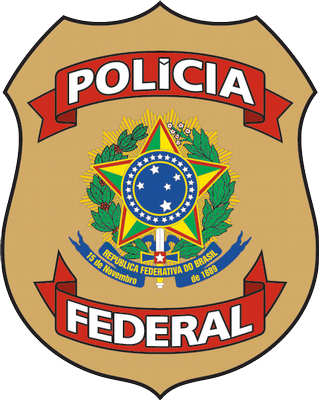 The Federal Police has its origin in the Quartermaster-General of Police of the Court and the State of Brazil, created by King John VI, on May 10, 1808, with the same powers he had in Portugal, and being appointed to the position of Quartermaster-General of the Court Police Ombudsman and the Chief Judge of the Court, Paulo Fernandes Viana.
With Decree-Law No. 6,378, of March 28, 1944, the former Civil Police of the Federal District, which operated in the city of Rio de Janeiro / RJ, former capital of the Republic, the Government of Getúlio Vargas, was transformed into Department Federal Public Security (DFSP), reports directly to the Minister of Justice and Internal Affairs.
According to the Decree-Law DFSP was in charge, the Federal District, the police services and public safety and in the national territory, the maritime police, aviation and border security.

In 1534, the Portuguese Crown established the hereditary captaincies system. The province of Pernambuco was delivered to the Portuguese nobleman Duarte Coelho, who took over the captainship landing on March 9, 1535, the trading post founded in 1516, between Pernambuco and Itamaracá. Shortly after, he headed south in search of a place to settle. Found a strategically ideal location, on top of hills, where there was a small village called Marim, by the Indians, then installing the town that gave birth to Olinda.